The New Forums Press title, Professors as Writers, has stood the test of time as an invaluable aid to scholarly writers. Author Robert Boice prepared the self-help manual for professors who want to write more productively, painlessly, and successfully. It reflects the author’s two decades of experiences and research with professors as writers — by compressing a lot of experience into a brief, programmatic framework. 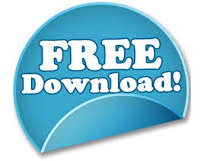 A key feature of Dr. Boice’s work is the Writers Blocking Questionnaire (WBQ) provided in his book as an instrument for assessing writing problems. You may open the blocking questionnaire spreadsheet here as a free download and quickly calculate your component scores by rating your writing behavior on a series of questions. After reviewing your scores and the brief analysis presented in the questionnaire, return to this page and read the following text to learn in more depth what your questionnaire results reveal.

The WBQ was standardized, in its present form, on two groups of academicians, 100 graduate students and 100 faculty members across a variety of disciplines in large universities. Its items, selected via factor analysis and criterion-related judgments (about writers with clearly diagnosed writing problems and their responses to the BQ), sorted themselves into the same seven categories of blocking identified in earlier research. We strongly encourage you to “take” the WBQ and to score your response patterns. Dr. Boice uses the diagnostic categories throughout his book to provide more insightful advice.

Application After Completing the Questionnaire

This most popular accompaniment of blocking necessitates a reminder of something writers have all heard elsewhere: correlation doesn’t prove causation. In fact, work apprehension is also typical among people who already write with apparent ease. Most people, even unblocked people, like to complain about writing and suppose that it is unnaturally hard work. If work apprehension doesn’t really help identify blockers, why pay attention to it? Because it probably does in fact contribute to blocking by making writing seem so difficult and unreasonable. And because a goal in helping blocked (and unblocked) writers is to get them to the point where writing is painless, even enjoyable–the ultimate criterion of unblocking. You can live with a high work apprehension score. It alone probably won’t keep you blocked. But, you don’t need to.

This is a vital factor in blocking. It blocks in ways already familiar, by putting off writing so that it either a) doesn’t get done at all, or b) gets delayed until the writing cannot be done well or comfortably. Procrastination also works in more subtle and undermining ways. Procrastinators seek help for their “bad habits,” they’re good at enlisting the aid of concerned others, but then they tend to reject or undermine that help. This means that a high score in procrastination requires special efforts to work at two levels–first, at managing your time more effectively; second, at monitoring temptations to feel you’re being forced to do something you don’t want to do. When I work directly with procrastinators, I say something like this:

“Look, I know you’re uncomfortable. You’re probably feeling that I’m taking too much control, that you’re not sure you want to do this. But let’s be sure we’re in touch with something else: First, all we’re talking about is changing your habits related to writing, not your whole lifestyle. Second, what we’re doing relates to the very thing you’ve already admitted you want help with–not getting enough writing done.”

A high score here means that nervousness and fearfulness get in the way of writing. Writing apprehension blocks just as surely and as commonly as does procrastination. It works via fears of failure and public embarrassment, and with less identifiable sources of anxiety that can even produce panic. Writing apprehension, despite its pervasive role in blocking, offers excellent prospects for improvement. Consider its parallel to a more familiar form of apprehension, public speaking anxiety. In both cases, sufferers benefit mainly from exposure–getting in there and discovering that it’s not as bad as imagined–and from developing the confidence associated with learning ways of transforming anxiety into enthusiastic, competent performances.

A high score here means that problems of wellbeing are contributing to blocking. Writers are the best judges of how situational or how chronic the problem is. When it’s chronic, with severe depression or suspiciousness that others are deliberately undermining their attempts, writers should seek professional help. In my experience, simple dysphoria usually improves dramatically when writing is regular and successful and when the writer feels more competent. But, I’ve never seen a case of chronic depression or of debilitating problems such as phobias or suspiciousness that didn’t necessitate direct, thorough going contact with a mental health professional.

This blocking component resembles work apprehension (except that it is less common): Writers can live with it; many successful writers do. But writers don’t need to. Impatience helps block via a sense of urgency: not enough prewriting gets done (e.g., note taking, reflection, conceptual outlining) to permit the preparation that good writing demands; not enough rewriting or proofing is done to convey the writing in polished, errorfree form; not enough writing gets done in comfortable, non-fatiguing fashion. In severe form, impatience disrupts writing by making writers obsess about being hopelessly behind, feeling incapable of working fast enough or well enough to even bother trying. It does something else equally problematic: it turns into annoyance with the perceived slowness, even incompetence, of others who aren’t so caught up in hurrying. People who might have helped–editors, colleagues, spouses– eventually try to avoid impatient writers because criticism, however well-intentioned, gets perceived as envy or persecution. Prognosis for working with impatience is mixed. Improvement, in my experience, depends in part on a willingness to learn new habits of writing (e.g., working in regular, but moderate sessions), of tolerating temporary incompleteness and slow but steady productivity, and of interacting constructively with audiences including significant others and editors. Still, some writers, perhaps because they are constitutionally A-types,4 show moderate change in impatience while excelling at all other aspects of a writing program.

Internal critics provide most of the demand for maladaptive perfectionism. Its source, like most internal voices that tell us what to do for our own good, can be traced to authority figures, especially teachers and mentors. Perfectionism blocks when it occurs too early in the writing process, while the writer is preparing or still generating preliminary drafts. Perfectionism, with some limits, works to advantage in refining the last draft and in proofreading. Used prior to that, however, it disrupts momentum (e.g., when stopping to check accuracy), it demands too much to be managed reasonably, and it disheartens by reminding writers that they should strive for originality, greatness, perfection (of course), and similarly irrational goals while beginning a project. The prognosis, here again, is mixed. A few writers, in my experience, refuse to abandon their maladaptive styles of perfectionism, supposing that doing so is tantamount to abandoning civilized standards of excellence. In this regard, perfectionism resembles shyness5 in that its possessors tend to be nice people who are closet elitists. Perfectionists can learn to laugh at their perfectionism and to put it in its proper place–toward the end of the writing process. They do so, at least in the short run, by confronting their internal critic and by writing around him or her.

This relatively uncommon component can be just as troublesome as any other. As its name implies, it involves rigid ways of dealing with writing, ways difficult to abandon until shown maladaptive. Rules interfere with efficient, painless writing when they incorporate an unfailing refusal to, say, outline. And they interrupt when their rigidity conflicts with the inherent demands of writing for flexible, recursive approaches.6 Maladaptive rules, in my experience, offer the best prognosis of the seven blocking components. Once demonstrated to be inefficient and unnecessary, they are eventually abandoned by all but a few writers.