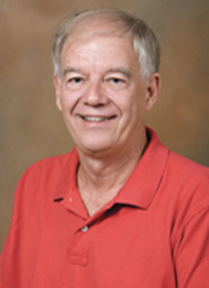 Charlie is currently Co-Director of the Teaching & Learning Center (2007+) at Eastern Kentucky University.  Before going over to the dark side of administration, for 37 years he taught American Lit and Creative Writing in EKU’s Department of English & Theatre, where he also served as chair (2003-2006).  Collabo-writing with Hal Blythe, he has published well over 1000 items, including 15 books; of his 11 books with New Forums, 7 have been in the It Works For Me series (with Hal Blythe) and four in the Applied Creative Thinking Series (with Hal, Rusty Carpenter, Shawn Apostel, Bill Phillips, and Chris Daniels).  Many of his early publications were in the field of literary criticism, ranging from Browning to Hemingway.  With Hal he has also published mystery stories in Ellery Queen Mystery Magazine, once served as Brett Halliday’s ghost with the lead novella in Mike Shayne Mystery Magazine, and currently co-writes the Kelly Locke series for Sherlock Holmes Mystery Magazine.  His stories have also appeared in Weird Tales, the Kansas Quarterly, and Home Life.  One of his earliest publications was an article in TV Guide.

The It Works for Me Series

How Creative Are Today’s Students?

5 Tips On How To Mentor As An Academic Facilitator