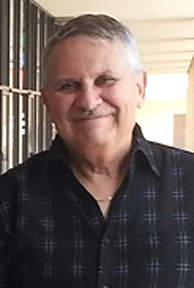 Doug Dollar, Ed.D., is an Oklahoma State University graduate (Higher Education Administration). He is President of New Forums Press, Inc., Stillwater, with personal publications that include a history of Oklahoma State University’s alumni. He serves as the Chief Alumni Advisor for the National Society of Scabbard & Blade, a collegiate honor society for ROTC. An infantry veteran of the Vietnam war and a retired Major General, US Army, he has served twice as President of the Oklahoma Department of the Reserve Officers Association, is President of the 95th Division Foundation, serves as an advisor to the Foundation for Exceptional Warriors, and is Founder of the Oklahoma Military Hall of Fame. Since grade school when he would hang out at newspaper and print shops to pester workers out of trays of type for use in launching a school paper, he’s maintained a passion for the world of publishing.

He founded New Forums Press in 1981, while employed at a major university and serving in the U.S. Army Reserve. After leaving full-time employment in higher education to devote more attention to his publishing house venture, he encountered faculty development practitioners involved in the early stages of developing their discipline and subsequently focused the press toward higher education titles. Upon finding the time to devote full attention to his special preoccupation, he pursued a complete marketing overhaul of the enterprise, seeking to focus on the proven niches of the previous years as well as new promising and inspiring publishing venues. The result has been a somewhat eclectic collection of works by energetic and inspiring authors and editors who have become friends and confidants over the years.