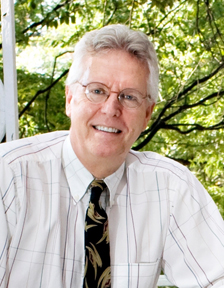 Hal Blythe, Ph.D. (University of Louisville, 1972) was born in Louisville, KY, where he spent his early years and graduated from Kentucky Southern College, now a part of the University of Louisville.  Receiving his MA in English from the University of Florida, he went on to take a Ph.D. from UofL. After teaching for a year at Adrian College in Michigan, he migrated back south to begin what would become a 40-plus year career at Eastern Kentucky University.  A long-time member of the Department of English & Theatre, where he taught composition, literature, and creative writing, he reinvented himself in 2007 as Co-Director (with collaborwriter and tennis partner, Charlie Sweet) of EKU’s Teaching & Learning Center, a faculty development unit he had founded in 2000 then left to return to full-time teaching. Since 1974 Hal and Charlie have collaborated on everything from literary criticism to mystery stories.  In addition to the eleven books they published with New Forums, they have four books on a variety of subjects, over 1000 pieces of fiction/nonfiction, and a host of television scripts and interactive mysteries performed by their repertory company.  For three years in the 80’s they wrote the lead novella for the monthly MIKE SHAYNE MYSTERY MAGAZINE. Since 2012 Hal and Charlie have been working with Rusty Carpenter to develop the Applied Creative Thinking Series for New Forums.  Their work has led them to establish a minor in ACT at Eastern as well as write some seminal pieces in the field.

The Applied Creative Thinking Series The It Works for Me Series

How to Mentor as an Academic Coach