When we were in graduate school, one of the challenges was to try to read James Joyce’s 265,000-word Ulysses in Poe’s ideal of one sitting—binge-reading.  And now it’s not unusual for people to catch up on a single season of House of Cards or Game of Thrones in a single weekend—binge-watching.  The past few months we’ve been working on the third novel in our Clement County Saga, and we’ve noticed a strange pattern to our writing.  We’ll write three chapters in three days, go without word-processing a word for two weeks, then return with a vengeance to polish off four chapters in four days.

Collabo-writing our novels with friends, we met last week.  When we described our peculiar pattern of erratic composition, one of our colleagues, Rick Givan, commented simply, “You guys are binge-writing.”

Most of our professional writer friends create on a regular schedule.  Both John D. MacDonald and Robert Parker tried to produce one chapter a day, five days a week.  MacDonald even locked himself up in the morning in his office, and his wife, Dorothy, stood guard, allowing no one into the sanctum sanctorum until noon.  In the past, as we have advocated in Chapter V of Options:  Constructing Your House of Fiction (2014), we have been very disciplined, writing a certain amount of words every day, either in our office or at home.  Slow and steady wins the writing race.  Why, we wondered, the sudden change from disciplined to bingeing?

The most obvious answer is that while Hal and Charlie have collabo-written for the past forty+ years, writing with this group of three others is new.  One of the idiosyncrasies of this “five heads are better than one” style is that you never know when one of the others is going to produce something or even what they will produce; as a result, you are constantly reacting to ideas not exclusively your own.

Sometimes you can’t write because you can’t be sure how it will jibe with what’s coming.  Yes, we set up a general outline of where we want a novel to go, but so much of fiction writing is discovery.  We learn by going where we have to go.  We are constantly surprised by what shows up on paper, but like curious kids we want to follow it.  The outline is very general for the first half of the book—very Mamas and Papas:  go where you want go, do what you want to do, with whoever you please.  But in the second half, plots and characters must come together.  Right now we’re about 25% of the way through the novel, tentatively titled What Rough Beast, so we’re more apt to binge-write when we read a contributor’s chapters, trying to relate, trying to link up our characters, smooth out the plot, or even make sure we’re spelling things the same way (e.g., is the new town Bullwhip or Bull Whip?).  Try writing a murder mystery with four others when each one of you has a different idea of who the murderer will be and you disagree about the motive and weapon.  Sounds like a bunch of Absurdist playwrights playing Clue.

One fear in collabo-writing is that you will write something that contradicts or is basically incompatible with what another writes.  The first-to-paper rule (whoever prints its first gets it into the book) can be a dangerous principle, but it’s also the first rule of improve comedy—“yes and.”   You accept whatever a predecessor says and then add something new to that premise.  Going slowly and constantly negotiating with the others works better, and it provides a more cohesive structure than a game of literary gossip.

Another explanation for binge-writing is flow.  In our Introduction to Applied Creative Writing (2014) we discussed “Going with the Flow” as a basic creative strategy.  Coined by Csikszentmihalyi in Flow (New York:  Harper & Row, 1990), flow is a euphoric feeling that occurs when your mental engine is humming perfectly—what athletes call being “in the zone.”  At the very beginning of any novel, the writer is busy establishing plot, character, setting, verisimilitude, and method of narration—definitely not flowing.  Everything seems herky-jerky, but as you write—say three chapters in–settings become very real, characters start telling you where they want to go, and the plot almost seems like an inevitable progression.  At this stage the hard thing is not writing.  Being on the phone, watching TV, and sitting in meetings have one thing in common—you’d rather be writing. 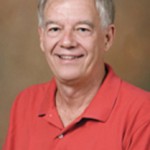