Autism is the fastest growing developmental disability in the world. (Tweet this quote.) It is the only disability that is dramatically on the rise along with a board range of sensory processing differences that continue to baffle educators and parents.

Research such as that conducted by Simon Baron-Cohen of the Autism Research Centre, University of Cambridge, shows that the prevalence of autism spectrum disorders is much higher than previously thought. Current statistics (2009) show that prevalence to be about 116 per 10,000 in the UK whereas in 1979 it was 4 per 10,000. (Roelfsema, M.T., Hoekstra, R.A., Allison, C., Wheelwright, S., Brayne, C., Matthews, F.E., and Baron-Cohen, S. 2012)

A Possible Cause for Sensory Processing Challenges in Children

Baron-Cohen and others theorize that there is a correlation between the rise in prevalence in populations where the parents are involved in technology, systemizing and mathematics. His data is consistent with the data collected by the Centers for Disease Control. (Rice 2009, pp. 1-20.)

I am reminded of Clay, a seven-year-old boy whose family was concerned about his obsessive patterns of ritualized, non-engaged behavior. His father was in the mobile phone business. His cell phone was never out of sight. He kept it at the ready even during family meetings and when he consulted with me about his son. It hummed and buzzed as if it were a participant in our conversations.

I asked for a “no cell phone zone” at these times. It was amazing to see how this simple change revealed the deep bond between father and son that had been obscured. The dad’s willingness to make this shift and to fully concentrate on his son immediately lessened anxiety for both of them. With no cell phones allowed at dinner time, family recreational activities and family meetings the message became one of presence and availability. Identity became more important than earlier illness or business and the family saw the beauty that they had in being together, just as they were. In this family the chemistry changed from what was wrong to what was right just by turning off the cell phones and being with one another.

Those of us tracking this global phenomenon and its implications for humanity are an international community. (Tweet this quote.)

I am particularly interested in how we can unite and convince others to see sensory differences in a positive and inclusive light, apropos of

What we should aim to address are specific ways to do that in families, as healthcare providers, and as the so-called “neurotypicals.” Sometimes a change of this magnitude is best approached by observing and living our daily lives differently. (Tweet this quote.) 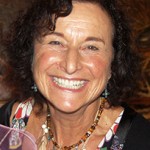 Dr. Stephanie Mines is a psychologist whose unique understanding comes from her academic research as well as her extensive work in the field. Her stories of personal transformation have led many listeners to become deeply committed to the healing journey. Dr. Mines understands shock from every conceivable perspective. She has investigated it as a survivor, a professional, a healthcare provider, and as a trainer of staffs of institutions and agencies. Meet Stephanie.