A decade ago in Creating the Future of Faculty Development (2006), Sorcinelli et al listed the most common services offered by centers of teaching and learning (CTL), and amazingly among those goals was NOT some form of classroom observation (p. 48). Still, colleges and universities place a great deal of importance on that process. In fact, before it had created a Center for Teaching and Learning (CTL), our university employed a nation-wide form of classroom observation called the Teaching Consultation Process (TCP).

TCP proved very effective, but also very costly (e.g., course reassignments for the consultants) and time-consuming (e.g., 16 weeks), so it was eventually dropped. When Hal took over the CTL, he found himself performing less formal classroom observations. When Charlie joined the CTL, the two of them created the LEAF (Learning Environment for Academia’s Future) project that started with an experimental ideal classroom equipped with the latest technology, thanks to their partnership with the University’s IT unit. Seven to ten instructors were selected each semester and observed by several trained members of the LEAF advisory team.

Eventually the funding dried up, and IT needed the perfect classroom for its own training. Undaunted, Hal and Charlie created the mini-consultation program (not deserving of an acronym), which was a three-part process consisting of 1) an initial interview with the faculty member to determine what help was needed, 2) an actual classroom observation, and 3) a meeting with the faculty member to discuss what was observed. Mini-consultations proved popular with the CTL and the faculty because they did not involve too much time, didn’t cost much, and provided a great bang for a little time expended. Since the closure of the LEAF classroom, however, Hal and Charlie found they were observing fewer faculty members than they had been.

In an effort to build a larger consensus of what classroom observation should be like, Hal and Charlie decided to create a professional learning community (PLC), whose charge was to perform a lit research on classroom observation in order to obtain the best practices and thus create a peer review form for our CTL. When the PLC was over, they met with its facilitator, who told them that arriving at a list of best practices was difficult because so many variables existed. In fact, because of disagreements over the best practices, Lisa confessed that only six remained from a PLC in which three times that number had signed up (and taken Nancy Chism’s 1999 Peer Review of Teaching: A Sourcebook that we had bought for them).

At the end of every academic year, Hal and Charlie meet with their statewide faculty development workgroup, which is sponsored by the Commonwealth’s Council on Postsecondary Education. One of our counterparts, Jerry, who helms a CTL at a regional institution across the state, mentioned that his provost, once his college dean, had asked for his help in developing some sort of peer observation protocols. Later, his provost asked for something similar for the institution.

Hal and Charlie communicated with Jerry by phone and email about the problem over the summer. In the beginning they were using their expertise to help Jerry solve a problem that felt totally alien to him. Gradually, they realized that they were both looking at the same elephant, but from different angles. As one of the strategies Hal, Charlie, and I advocate for problem solving in Introduction to Applied Creative Thinking (2012) is collaboration, they decided to work with Jerry on a solution.

First, the group isolated two main problems in such a protocol. They seemed to be 1) convincing the faculty about the importance of classroom observation and 2) accounting for all the possibilities. Hal and Charlie invited Jerry to come over to our institution, and we Lisa, who had run our PLC, Jason, who is in charge of our unit’s technology, and, of course, Rusty.

In the first 15 minutes of brainstorming, another of our strategies in Introduction to Applied Creative Thinking, the group identified a prototype that we call the Classroom Observation Toolbox (COT).

What is COT? You’ll have to wait for our next post. 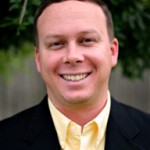