In The Ten Faces of Innovation (2008), Tom Kelley, general manager of the design firm IDEO, emphasizes the essence of design theory’s philosophy of rapid experimentation by citing an old IDEO maxim: “Fail often, to succeed sooner” (p. 52). Hopefully, last week’s Part I on the relationship between faculty development and design thinking made clear the importance of risk. In Part II, we’d like to provide some examples of how we’ve been using design thinking to drive our new and experimental program we’ve mentioned in earlier posts, our Faculty Innovators. Without our taking that risk back then, the program would not be almost a year old now.

The Faculty Innovators Program as Example

The very existence of the faculty innovators program offers a testament to design thinking. To create the Faculty Innovators, the three of us basically followed the process we described in the last post as employed by Stanford’s dschool (design school) of EDIPT: Empathize, Define, Ideate, Prototype, and Test.

Empathize: to develop a new method of professional development that was definitely not the traditional PD programming of a center for teaching & learning, we started by discussing what we would have wanted as help both back in the day and currently. Hal and Charlie taught English for 37 years before going over to the dark side of administration. Rusty, on the other hand, is both a faculty member (in English) and an administrator (of our Noel Studio for Academic Creativity). One answer dominated the conversation: help is more easily accepted when it comes from one’s peers, not administrators. Whether it’s that sense of independence or dislike of being told what to do (often expressed as “academic freedom”), faculty like to feel that after a minimum of nine years of college and being in the one-half of one percent who hold Ph.D.s, they can solve problems themselves. Therefore, we had to have a program with faculty helping faculty.

Define: We needed a professional development program that not only gained acceptance, but possessed key pedagogical knowledge, skills, and strategies. Hence, we settled on Faculty Innovators (FIs).

Ideate: Before descending on our dean with our latest scheme, for over a semester we brainstormed the key aspects of the proposed program. How would we select FIs? How would we compensate them? How would we train them? How often? What would our organizational chart look like? Where would we meet? What kind of services would we offer? Most importantly for an administrator’s ears, we had to project a cost. What we quickly realized is that we could not define everything we needed—we were taking a great risk.

Prototype: Despite not having a perfectly developed and polished program in our hands, last spring we went to our dean with our proposal. We agreed that we would reallocate our funds for the program if she would aid by providing for the reassigned time for our Faculty Innovator Coordinator. We also agreed that the three of us would act as the Executive Committee without any extra compensation and that we would make time to make the program work. She signed off on the program, and we start recruiting the best faculty we could find with at least one from each of the University’s six colleges.

Test: This past academic year we have been not only testing the program, but refining it as we go. For instance, in the beginning FI meetings were held every two weeks, but changed to every three weeks, and each academic year each FI would 1) facilitate one professional learning community and 2) put on one workshop in our Teaching & Learning Innovations Series. Meetings began with two-minute reports from each FI, and each meeting had a mini-training on some key aspect. Along the way, we have keep records of who attended what activity, sent out evaluation forms to participants after workshops, and maintained records of consultations and observations. We meet in three weeks to develop an assessment report of year one for our dean.

Related Reading: How to Provide Faculty Innovation Despite Professional Gaffes

In two earlier posts, “An Inside Look at a Faculty Innovator’s Progress” (February 3, 2016) and “An Inside Look at The Faculty Innovator Progress” (February 11, 2016), we offered a peek at what we actually do during a progress (what most people call a “retreat”). We even described how we paired the FIs into teams to develop outlines of video modules and “create a low-res prototype that embodied the essence of their module.”

We didn’t mention it to them then (nor did we refer to it in the two aforementioned columns), but what we were providing our FIs were some exercises, some on-the-job training in design thinking. In fact, we didn’t really bring up (or even use the name) the concept of design thinking (our FIs have been overwhelmed as it is) until this week when we passed out an article by Tom Brown, CEO and president of IDEO, on “Design Thinking” (2008) that appeared in the Harvard Business Review.

Yes, one of our early goals was to be intentional in the presentation of design thinking, but we took the risk of explaining it to them after they had actually been using it for a while. Putting them through the process a few times, we believe, has made their acceptance of the process greater and their understanding of it deeper.

Now you have an insight into our pedagogy of faculty development as well as our program. Parts of our faculty innovator program may fail, but the essence of the program will not only survive but be successful because we followed Tom Kelley’s advice and took a big risk. 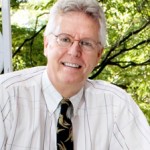