In Academically Adrift (2011), Richard Arum and Josipa Roksa present compelling evidence about the failure of American colleges and universities. “How much are students actually learning in contemporary higher education?” they ask. “The answer for many undergraduates, we have concluded, is not much” (34). In examining the development of critical thinking, complex reasoning, and writing skills, Arum and Roksa find that “An astounding proportion of students are progressing through higher education today without any measurable gains in general skills as assessed by the CLA [College Learning Assessment]” (36). While much of the blame for such a shoddy performance is placed on the shoulder of students for their lack of direction, poor study habits, and even academic fraud (14), faculty are also indicted for such things as:

Reacting to this lack of learning in a recent article in The Chronicle of Higher Education, “Teaching Revival: Fresh Attention to the Classroom May Actually Stick this Time” (13 March 2015), Dan Berrett asserts that colleges are indeed turning their attention to pedagogy: “The quality of college teaching has been a concern for years. Change may finally be arriving, thanks to shifting student demographics, debates about the value of a degree, discoveries in the science of learning, and the influence of new technology” (B35). Unfortunately, as evidence Berrett cites improvements only at some major universities such as Harvard, the University of Michigan, and Columbia. What’s interesting is the comparison of Arum and Roksa’s use of multiple sources and wide-spread testing to expose the problem verses Berrett’s minimalist citing of basically three institutions as a solution.

We would love to believe that suddenly faculty have become aware of their need for professional development, especially in pedagogical skills, but we don’t see the evidence. What is most needed now is an Arum and Roksa-size survey of not only faculty but also of advanced-degree institutions. How much training, for instance, do aspiring physics Ph.D.s receive in what current evidence says are the best practices in teaching? Are candidates for Ph.D.s in English learning as much about assessment as Aristotle’s Poetics?

Another good idea whose time has come is the expansion of the typical tripartite listing of faculty responsibilities of teaching, scholarship, and service to become a quartet. As we suggested in Teaching Applied Creative Thinking (2013), professional development needs to be added to create a quartet. How does the academy make such a monumental change?

Even professional development needs to be redefined. Too often, PD is conceived of as merely staying current in one’s discipline. That definition seems a half-truth to us. Faculty need to upgrade their understanding of what brain science is telling us about teaching and learning as well as advances in technology. In the Commonwealth, the governing body, the Council on Postsecondary Education (CPE), has developed a faculty workgroup to coordinate such professional development in the state, and each march we put on a convention. Interested parties need only to Google Kentucky Pedagogicon 2015 to see the opportunities available, and we’d love to have you attend on 22 May 2015.

How many universities have created professional development plans for each faculty member? At some institutions such plans are as important as promotion and tenure (P&T). Some schools even write professional development plans into their P&T documents. At the very least, every faculty member should fill out such a document annually with his or her chair.

Will our academically adrift students be rescued? The expansion of professional development is just one of the possible lifelines. Ultimately, if faculty don’t develop a disposition for what education researcher George Kuh calls “positive restlessness” or a desire to continually improve (Berrett, B37), our students may be beyond saving. 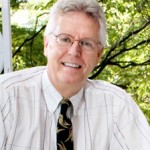